When Joan Tully, a 1969 graduate of the Newhouse School, discovered she was dying of cancer, she decided she wanted to leave behind a tribute to her life’s work: free speech.

Tully, who was on staff at The Daily Orange as a student, worked as a journalist at the Associated Press, Dow Jones Newswire and Ladies Home Journal. She later became an attorney, specializing in First Amendment issues. Her love of journalism and the law became the foundation for the Tully Center for Free Speech at the Newhouse School at Syracuse University.

Tully died in 2005 and her gift created the center in the fall of 2006. Barbara Fought, an associate professor of broadcast and digital journalism, helped found the center and served as director until 2010.

“I think we should all be very, very grateful to her—for someone who knew she was facing certain death and to want to give back to this university,” says Fought.

“When we can bring people in who have been litigants in big Supreme Court cases, it really adds another dimension to the educational experience,” says Gutterman.

One recent Tully Center-sponsored event was the American Whistleblower Tour, which included a panel discussion by several “whistleblowers” who had tested the limits of free speech. One of the speakers was Jesselyn Radack, an attorney representing Edward Snowden, the former NSA analyst who leaked classified National Security Agency documents to the media in 2013.

The Tully Center works to shed light on the often-complicated relationship among citizens, government, the press and free speech. “One could never talk, research or advocate too much for free speech, particularly in our recent society where we have seen the diminishing of free speech rights, both by corporations and by governments,” says Fought. “It’s a continual push.”

The Tully Center was active in helping the international effort to release FrontPage Africa Editor in Chief Rodney Sieh from a Liberian prison. Gutterman, along with representatives from organizations such as Amnesty International and Human Rights Watch, among others, met with Liberian leaders to negotiate for Sieh’s release in the fall of 2013.

“We are trying to be as vocal as we can in an area where there are some pretty powerful voices,” says Gutterman.

The center’s annual Tully Award for Free Speech, which since 2008 has recognized a journalist facing free speech issues, has honored journalists from Morocco, Mexico and Bahrain, to name a few.

Fought says 2010 award winner Lydia Cacho’s story remains fresh and significant. Cacho, a journalist in Mexico, was abducted for 20 hours after publishing a book that shed light on business leaders and politicians’ involvement with child pornography and sex trafficking.

Other recipients of the Tully Award have included Umar Cheema (2011), a Pakistani journalist who had been kidnapped and beaten; Lamees Dhaif (2012), a journalist from Bahrain living in exile after her home was firebombed and she faced legal harassment; and Idrak Abassov (2013), a journalist from Azerbaijan who was severely beaten for covering the government’s seizure of private property.

“I must say in my 20 years here at Newhouse that I think the most gratifying thing I have done was be a part of that program and have the opportunity to meet these speakers from around the world,” says Fought. “I think that’s just a real strength.” 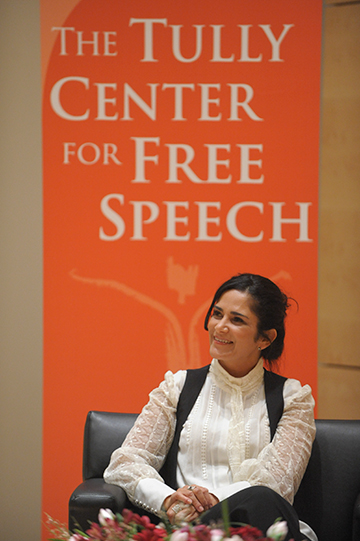 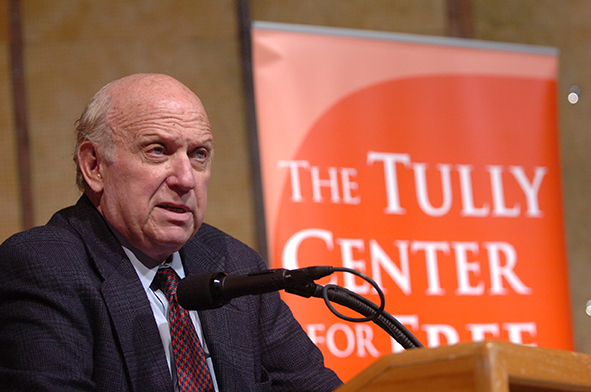