On Dec. 21, 1988, 35 Syracuse University students who were returning home after a semester abroad lost their lives in the bombing of Pan Am Flight 103 over Lockerbie, Scotland. Among them was Alexia Tsairis, a 20-year-old photojournalism student at Newhouse.

To honor her memory, Alexia’s parents, Peter and Aphrodite Tsairis, founded the Alexia Foundation, which supports photographers as agents for change and seeks to promote the power of photojournalism to give voice to social injustice.

In 2006, the Tsairises pledged $3 million for the creation of the Alexia Tsairis Chair in Documentary Photography at the Newhouse School. The chair supports photographers whose work contributes to the improvement of the human condition. The position is currently held by Mike Davis. Past chairs include Tom Kennedy and David Sutherland. 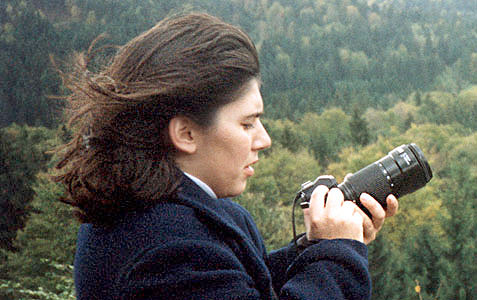