In 2005, Newhouse associate professor Steve Davis assigned students in his reporting and editing class to focus their stories on Syracuse’s South Side, an economically struggling neighborhood just a few blocks west of Syracuse University. Davis didn’t know much about the South Side. He didn’t know what his students would find and didn’t know how they would be received. But the students rose to the challenge, and throughout the semester returned with interesting stories about the South Side and its people. Eventually, they published a special-edition print newspaper and delivered it across campus and in the community.

The paper received a positive response, which sparked the idea for The Stand, a community newspaper dedicated to the South Side. After three years gathering student and faculty interest, applying for grants and developing a partnership with SU’s South Side Initiative, The Stand’s website launched in 2009, and its first print issue published in February 2010. “It was a lot harder and took a lot longer than I thought,” says Davis. “But we got it running, and five years later, it’s still here.”

The Stand strives to publish stories that take a stand for the South Side. Director Ashley Kang ’04 says the community focus and response are some of the more rewarding aspects of the job. “The community knows it’s not going to be about the mayor, or about some crime that happened,” Kang says. “It’s about them.”

The Stand’s connection to its community has always been important. During its formulation, Davis created a board of directors to serve as a voice for the South Side, contribute story ideas and help find community contributors. Students in newspaper editing classes at the Newhouse School produce The Stand, which is published independently from Syracuse University and is not a registered student organization. The paper is always looking for student and community contributors.

Since 2009, The Stand has offered workshops aimed at training and motivating residents to get involved. Popular workshop topics include journalism, poetry and photography. The Stand has also hosted “photo walks,” during which participants receive a photo lesson from a professional and then walk through South Side neighborhoods taking photos. The professionals help them edit the photos and some are published in the print issue of The Stand.

In the summer of 2014, The Stand created a project called “From Where We Stand,” which paired professional photographers with South Side residents. The professionals mentored the residents on how to use a provided camera and to document their summer. Supported by a grant from The Gifford Foundation, the project allowed real families to tell their stories in photos. The series culminated in a fall photo exhibit at the Nancy Cantor Warehouse in downtown Syracuse. “The participants got to celebrate their work and speak about it. A few continue to contribute to the project,” Kang says. “So they’re continuing to use their camera and what they’ve learned.”

Newhouse students also benefit from working on The Stand. “Anything you do where you’re not sure you’re going to succeed and where you’re not comfortable is almost certain to be a good experience,” Davis says.

They are words Davis says he tries to live by himself. “I didn’t know a lot of people on the South Side when we started. I’m not sure I knew any,” he says. “But I do now.” 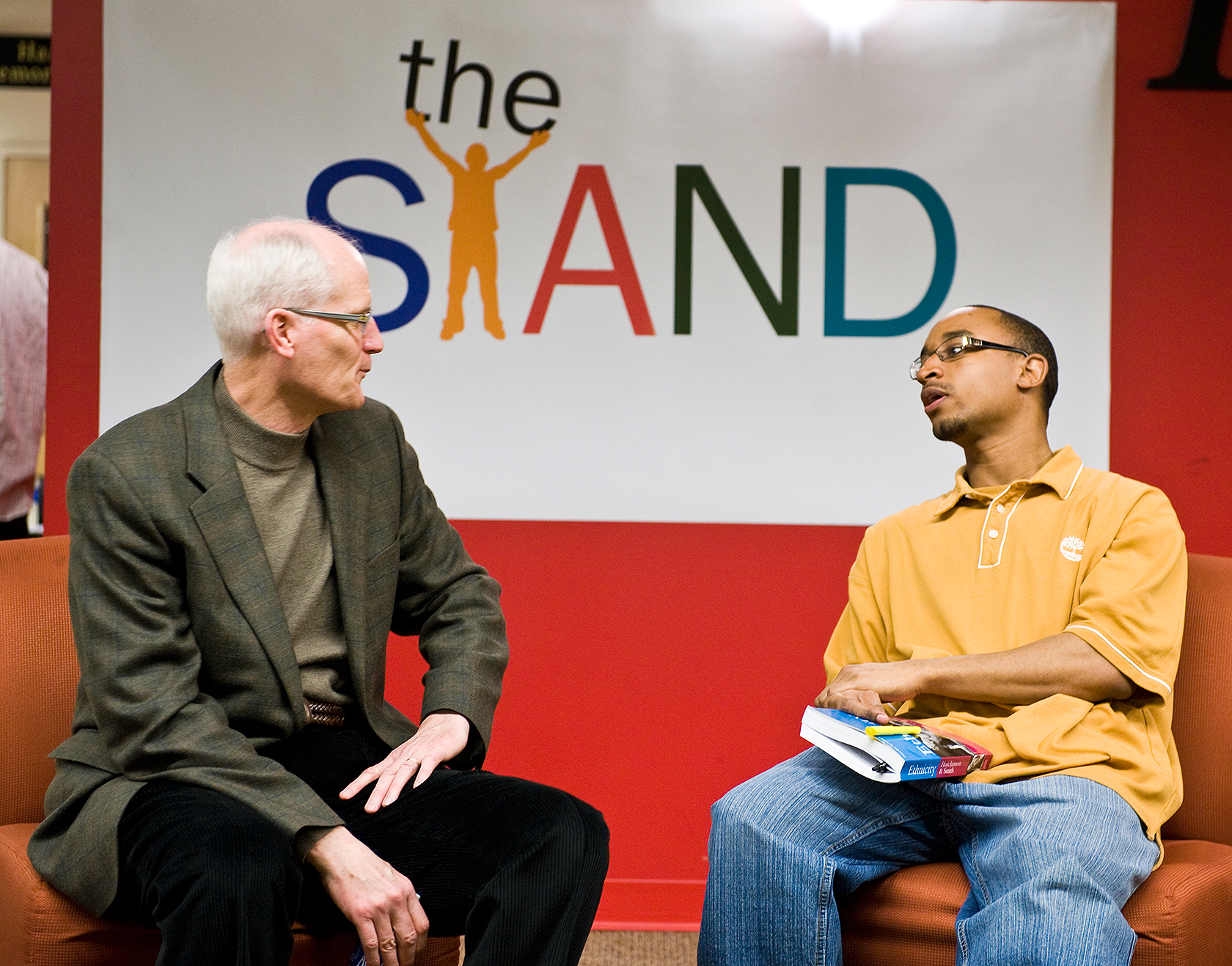