The Newhouse School has educated, trained and helped place more than 100 journalists through the Newhouse Foundation Fellowship/Internship for Minorities program since it was founded in 1994.

The highly competitive program provides two full scholarships a year for minority students interested in pursuing a graduate degree in journalism. The students usually major in something other than journalism as undergraduates. They agree to work at the Syracuse Media Group, which publishes The Post-Standard and Syracuse.com, during the 18-month program.

The Newhouse trio was “interested in increasing the number of minority students in newsrooms around the country,” Rubin says. The program provides the students with a full graduate degree as well as practical newsroom experience.

“[We wanted to] do it at the graduate level and try to recruit students with a good liberal arts background who have never had journalism training,” Rubin says. The program was targeted toward students who were just deciding to go into the field of journalism.

The fellowship gives students both academic and industry training, Lloyd says, so that by the time the students finish, they have a graduate degree from Newhouse and a year of full-time experience. That combination makes the student competitive in the field after graduation. According to Rubin, the hope was that many of the journalists would go on to leadership positions within newsrooms.

Students receive full tuition scholarships, $1,400-per-month stipends, health insurance coverage, up to $1,500 to cover moving expenses to Syracuse, up to $800 for travel to professional conferences and up to $1,000 for books, fees and other academic expenses. The program is funded by the S.I. Newhouse Foundation.

“Increasing minority representation in newsrooms around the country, particularly in Newhouse papers, led the Newhouses to decide to put money into this [program],” Rubin says.

Graduates of the program have gone on to jobs at The Cleveland Plain Dealer, The Newark Star Ledger, The New Orleans Times-Picayune and The Portland Oregonian.

“The program has been very successful,” says Rubin. “I would estimate that probably 100 to 150 people who would not be in the business are there now because of this program.” 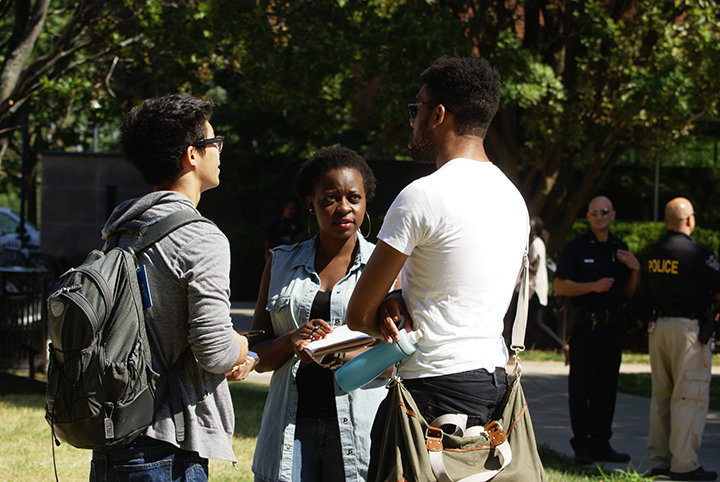 Student reporter at work in the field